Veterans Come Together to Recreate The Lincoln Hearse

When it comes to iconic hearses, the coach that carried Abraham Lincoln on his final ride is a fan favorite.  Not only was it an important historical funeral vehicle, it was also something of an enigma.  While other famous funeral cars often become part of a collection or get acquired by museums, Lincoln’s carriage was destroyed by a fire in 1887.  As a result, only a handful of photographs remain, making it a funeral vehicle lost to history.

That was the case until a group of veterans decided to come together and recreate the hearse for the 150th anniversary commemorative ceremonies to honor President Lincoln back in 2015.

The Blue Ox Veterans Program was originally founded by Eric Hollenbeck, a master craftsman who was grappling with PTSD.  As a way to work through his own issues and offer a helping hand to fellow veterans, Eric founded the Veterans group and tasked them with the auspicious project if recreating Lincoln’s funeral carriage.  The group worked from photographs to create the hearse, focusing on the details and doing their best to create a fully functional and exact replica of the infamous hearse.

Veterans involved with the program brought in family to help with the build as well, making it a project that gave back to the community in more ways than one.  Not only was the funeral carriage complete in time for the honorary festivities being held in Springfield, the hearse remained with the Staab Family Livery and is available for the public to see in the Lincoln Library and Museum each summer.  The project also brought together vets from across different generations, conflicts and backgrounds in order to give them a way to work together and channel their energy while connecting with fellow vets.

You can check out the full story of the Lincoln Hearse rebuild as well as more information on the vets program and the Blue Ox community at their official website.

Looking to buy a new car and want something that’s unique, versatile, functional and a great deal?  Consider buying a hearse.  Before you shrug the idea off as something only for goths or hipsters, take a moment to consider these five solid reasons why a hearse could be a great investment.

A Note of Caution

To be fair, while there are plenty of reasons to buy a hearse, it’s something you should consider carefully.  Buying a hearse may mean some initial investment in getting the car ready for mainstream use.  Many hearses, for example, have a ‘coffin deck’ in the back which makes loading and unloading a coffin easier.  This hardware will need to be removed and, quite often, the back will need to be carpeted or otherwise refurnished.

Driving a hearse is also something that takes some getting used to.  The cars a re longer than most conventional vehicles and people often find they have a hard time parking or even negotiating tight turns around drive-thrus and other areas.

Still, even with the challenges presented by hearse driving, the cars are a classic and they’re always guaranteed to turn heads.  if you want something functional and fabulous, a used funeral car is definitely worth considering. 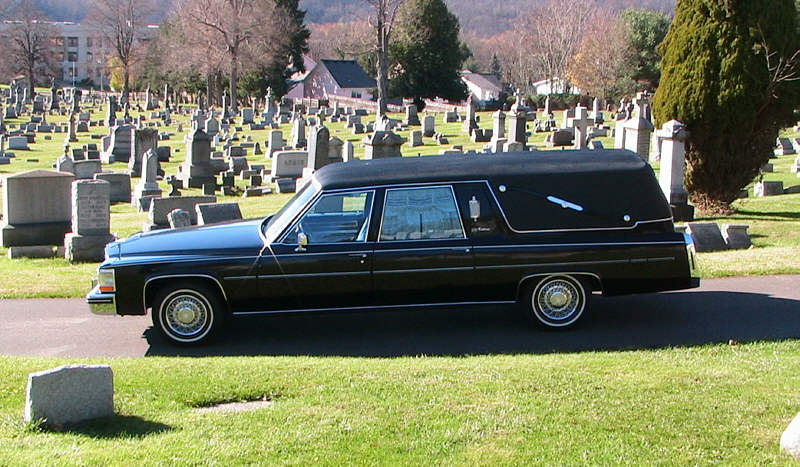 Here is the conclusion of our three-part series of the various styles and appearance that hearses and funeral cars have had over the last 100 years or so.

The Eureka-Cadillac Three-Way Landau Hearse
If you like the automobile style that was so popular in the 1950s, you would like this type of hearse. It had the rounded edges and unique taillight styles.

Superior-Cadillac Royale Coupe de Fleur
This unique flower car made an appearance during the late 1950s and was a very popular addition for many funeral homes and mortuaries. You could put flowers in the back and there was a latch that allowed you to lift up the back cover so to load the casket. It was easy and classy all in one!

Superior-Cadillac Crown Royale
This is the style many people think of when they think of older hearses. It has the fins on the back with the curtains in the side windows and a sleek black appearance that only a hearse can have.

We hope you learned something or at least enjoyed these last three posts. You can learn more about these classic hearses by keeping up to date on our blogs.  Subscribe today!