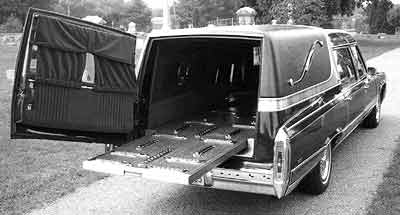 Auto Hearses
Once the idea of the automated vehicle caught on, funeral cars began becoming more and more automated, too. However, for many years they still looked like their horse-drawn counterparts complete with lanterns and woodwork on the sides.

More Sophistication
As funeral cars evolved, they became more sophisticated. One style had a tray that came out of the side of the hearse xanaxlowprice.com because there was not a back door. It was called a side-servicing casket table and it swiveled out of either side and then swiveled back in for more ease of loading and unloading the casket.

The Town Car
Some hearses and funeral cars became long and sleek to display even more class. On some, the driver’s area was open and the back part of the vehicle was closed in and covered with curtains to give the casket some privacy. The tires typically had white walls to give it an extra touch of class.

Those are just a few styles that funeral cars have evolved through over the years.  We will be adding onto this series in a new installment soon.  Come back for a brief description of more!

Stacy Jo is our reporter on the beat, covering everything from vintage hearses, events, etc.